Feels great to be officially back and I hope this post finds you well after quite a while… I must admit that I have missed writing and being here. The truth is all the hectic schedule and projects I had going on, ended up with an amazing reunion with friends and what else could have been better than a trip to Switzerland, which also included one quick and unexpected stop to France? 5 days and 2 countries!  This trip was everything I hoped for and more, especially because I was accompanied by my awesome friends! And even though it was quite some weeks ago, I am still daydreaming about it and I must tell you the details. 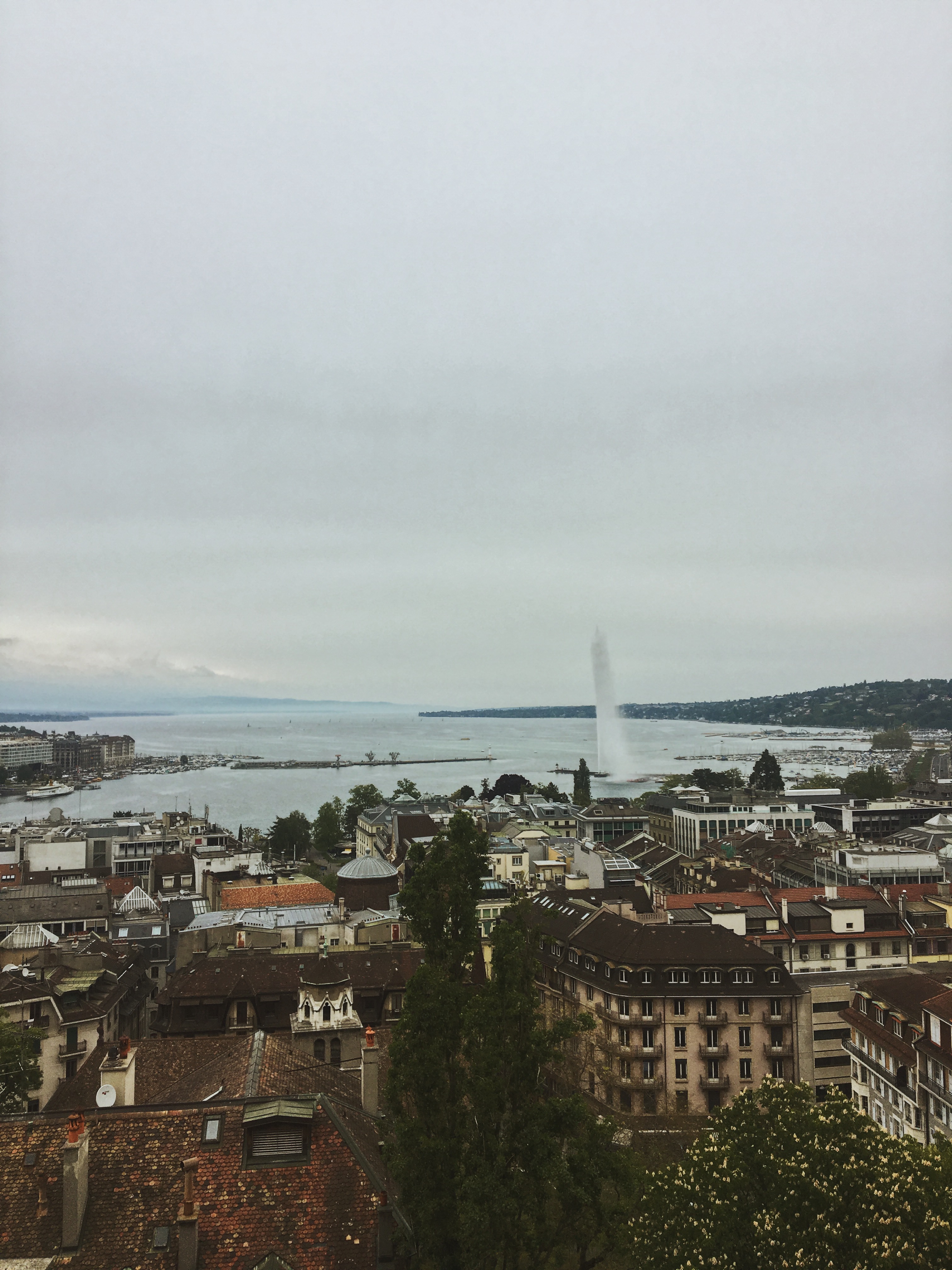 No need to say this country has always been a dream of mine. I have perceived it as being one of the most unreachable countries- the one where I wouldn’t be able to travel to, but it turns out it was not like that at all, and everything is possible.

In Switzerland we have focused on visiting mostly Geneva. Ohhh, the famous Geneva… the city where conventions were signed and the city known as Frankenstein’s home. I must admit I had quite high expectations about it, and some turned out to be true while others not.

Geneva is a beautiful and clean city, and you can keep on wandering the streets, full of inviting stores and popular brands. What I want to let you know is that Geneva is a relatively quick to visit city since there are not so many things to see, besides the main points of interests I am about to tell you.

The first stop was at CERN. You might have heard about it, but in case you haven’t, CERN is the European Organization for Nuclear Research. It is the birthplace of the world’s largest physics laboratory in the world, where constantly, projects are developed and worked on, one of the most popular being the particle accelerator. Visiting the Globe of Science and Innovation was a unique experience, because for the moment you enter the building, everything is so interactive there and you can also read about new discoveries and projects they have worked on across time. You can also see a projection of a movie about the history of the universe, which is pretty cool. 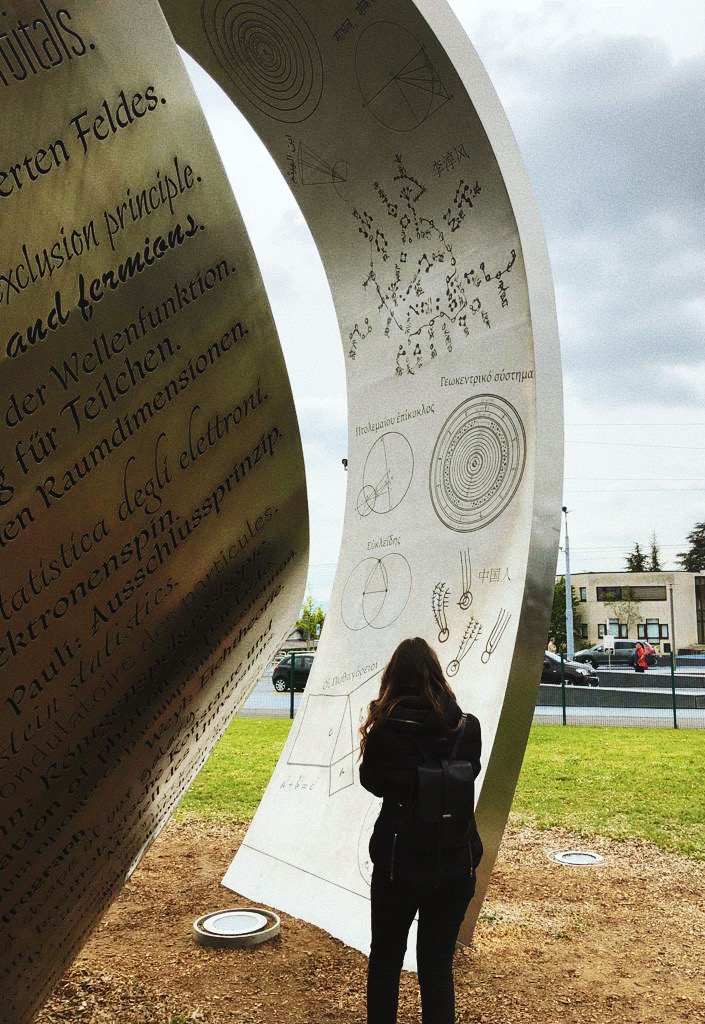 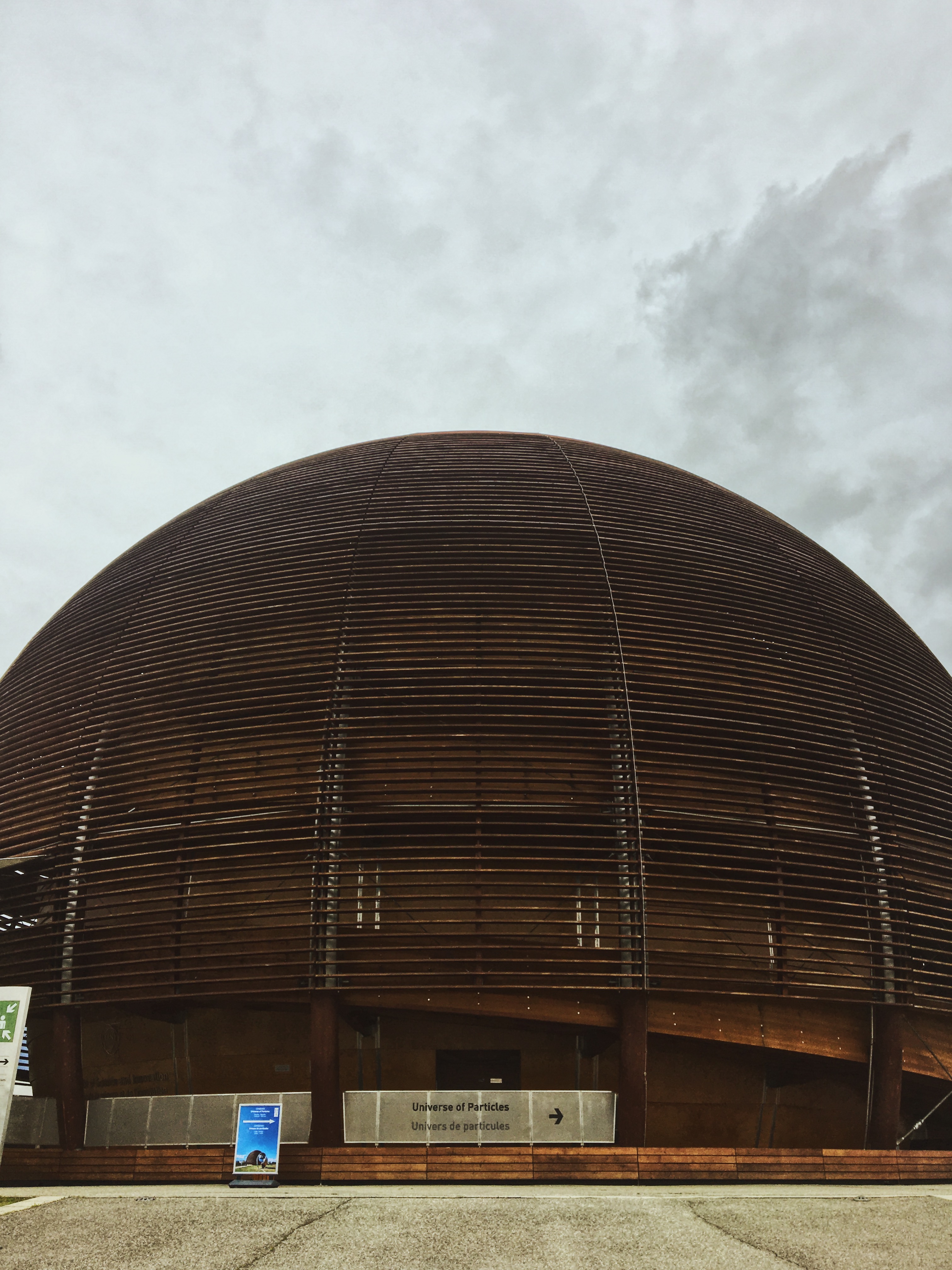 The chatedral is indeed a whole experience, and prepare yourselves, because to get to the top tower you will have to climb a loooot of stairs… a loooot, but the panoramic view over the city is amazing so it is absolutely worth it. It is a must see! Also, the Old Town is very nice and you can see some of the churches and architectural details. And there I found a restaurant that had my name. Could it be a sign? #proudmomentthere 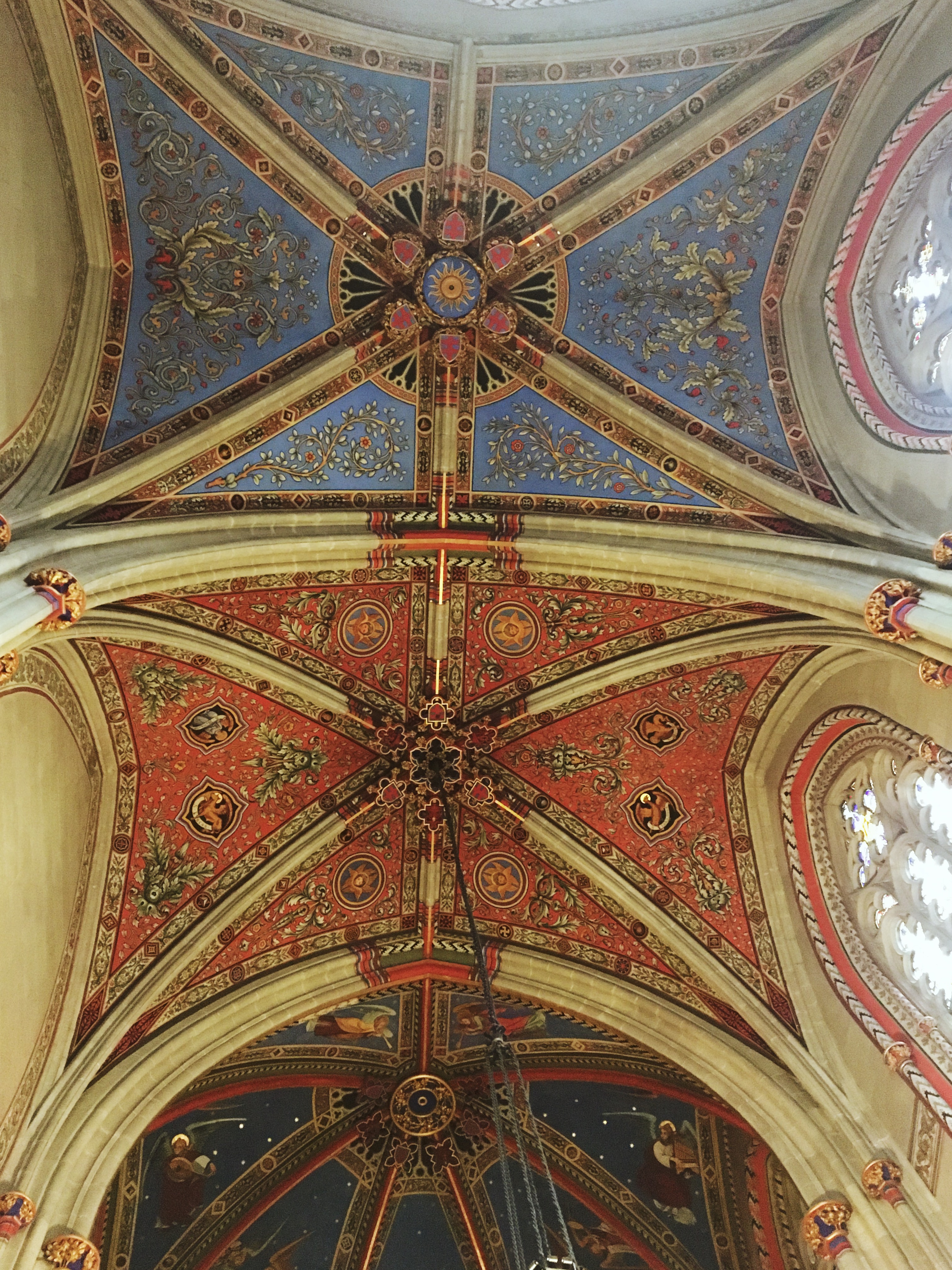 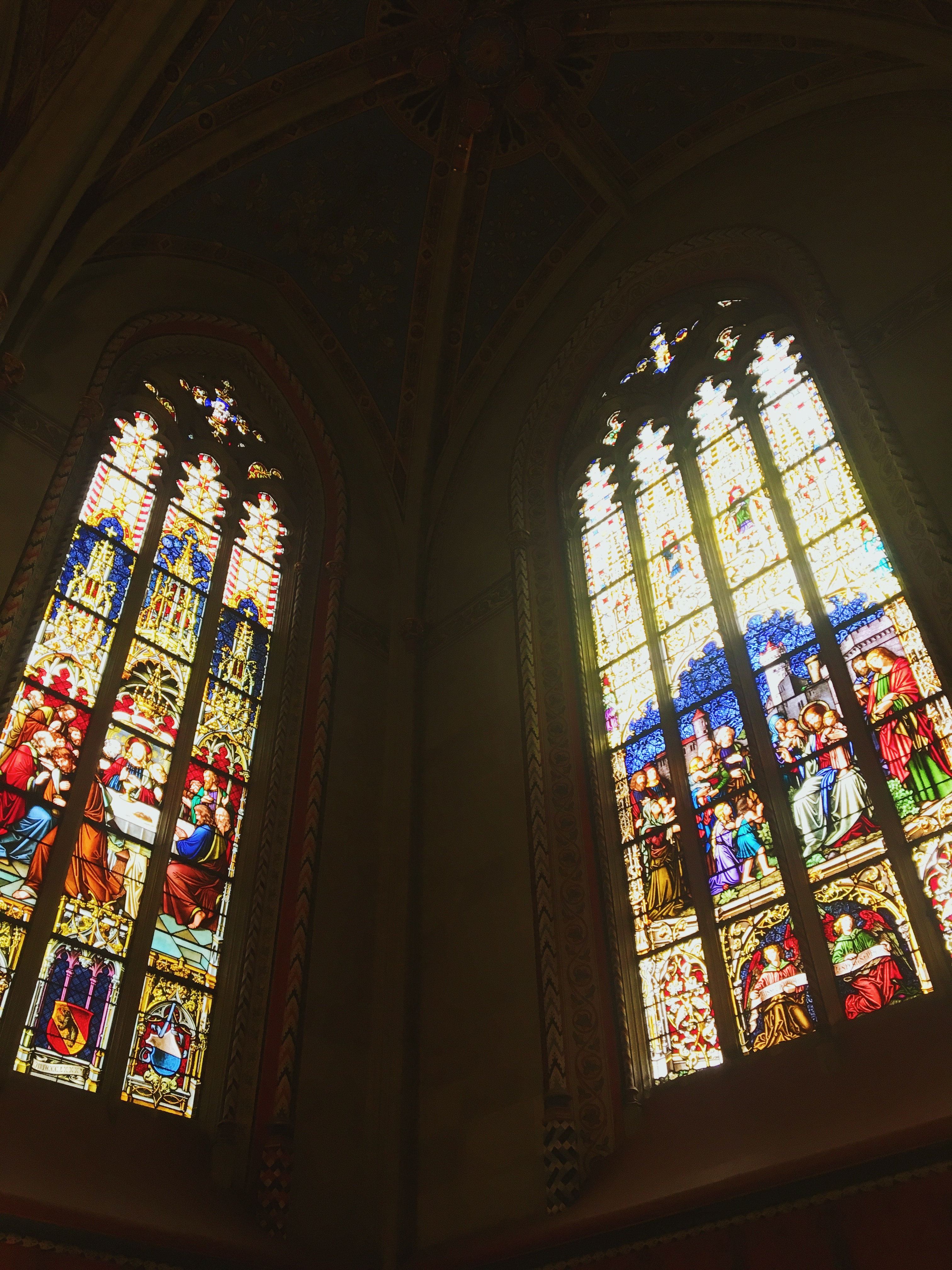 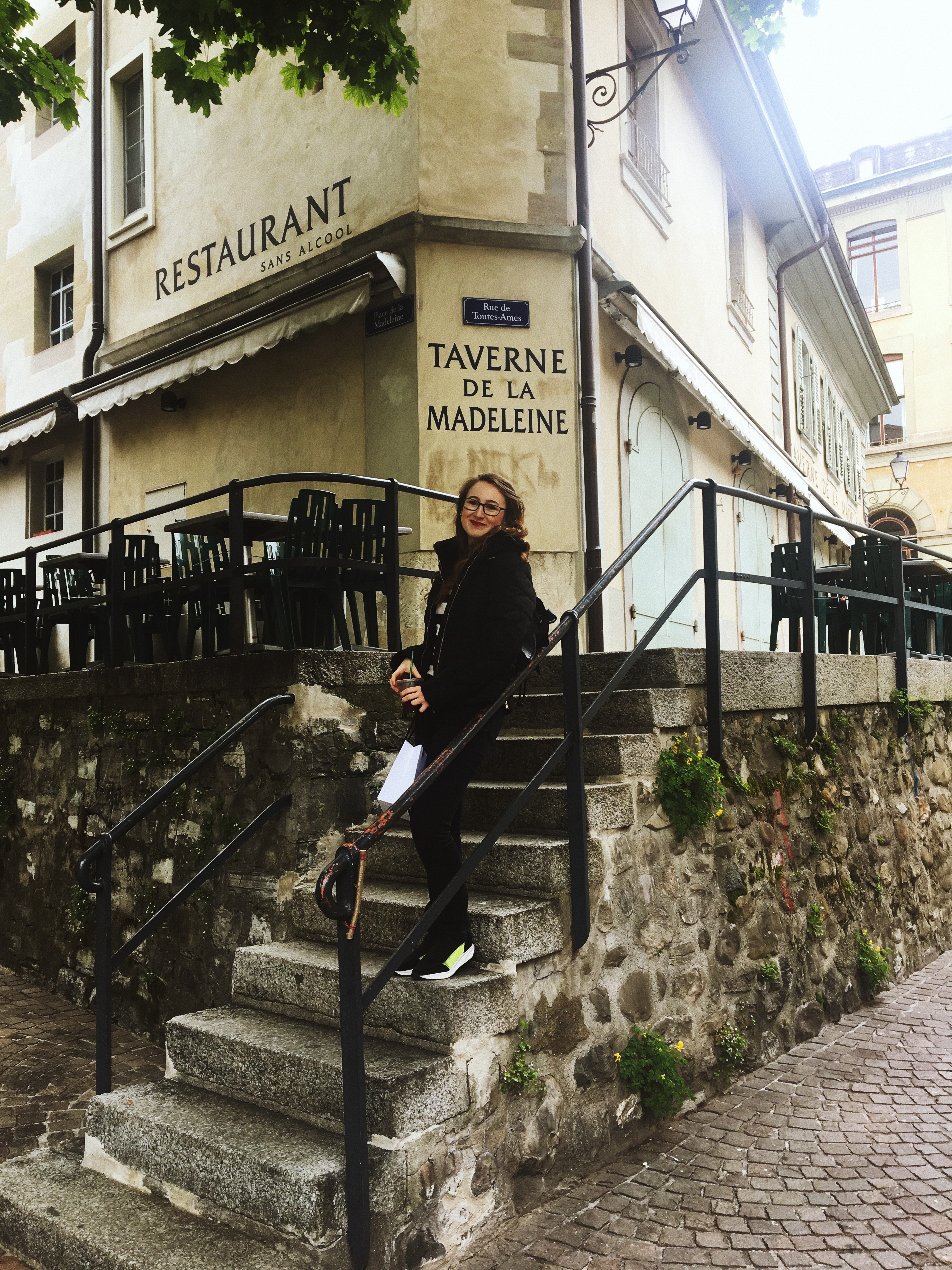 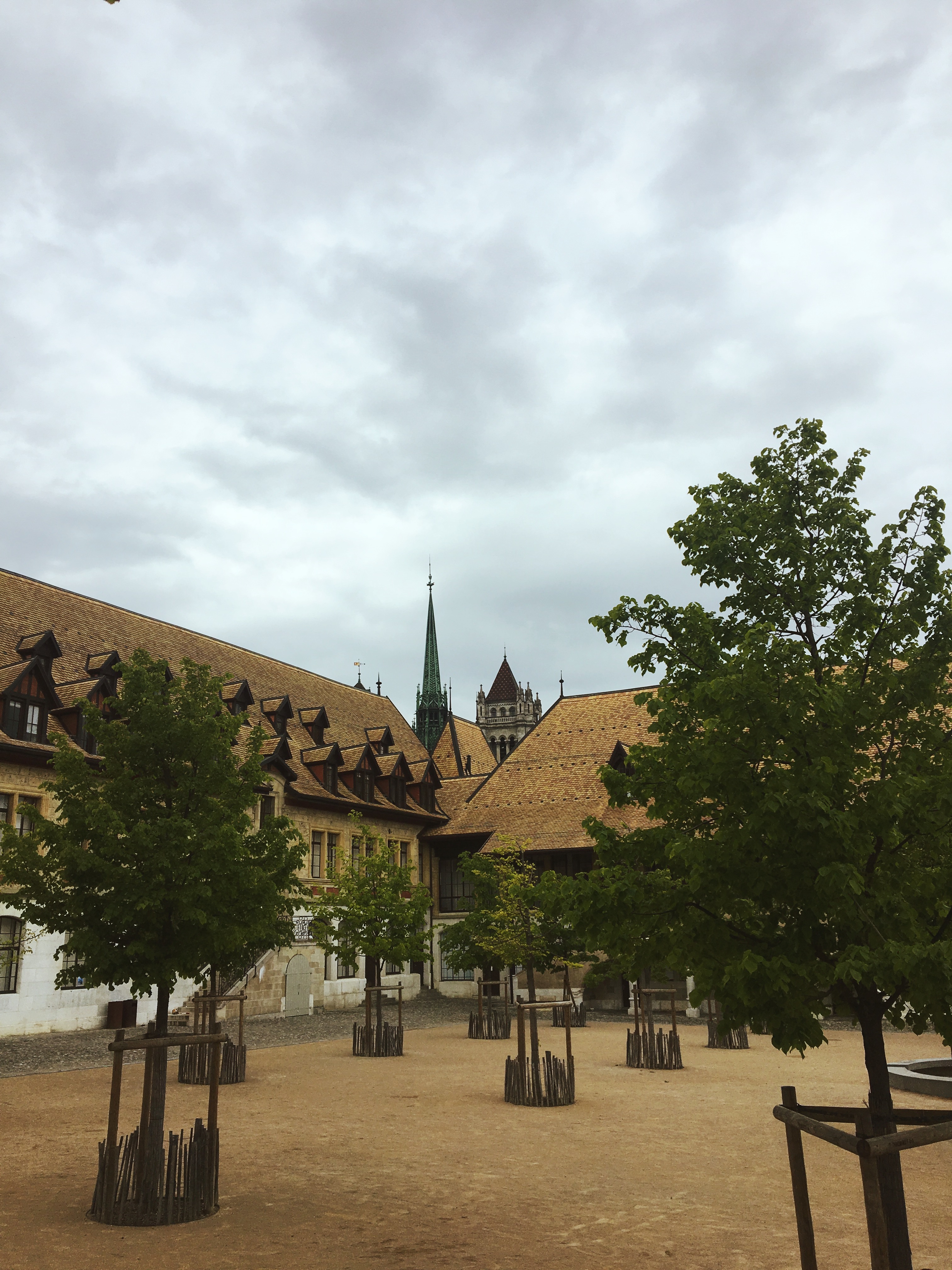 You cannot miss this one, even if you wanted to, and the reason is that it shoots 140 meters into the air at a speed of 200 km/h (pretty visible, huh?). You can see it from the plane, or basically just by walking in the streets. Jet d’Eau is Geneva’s landmark.

What you could do is also taking a cruise on the lake, because you will surely have some beautiful views. 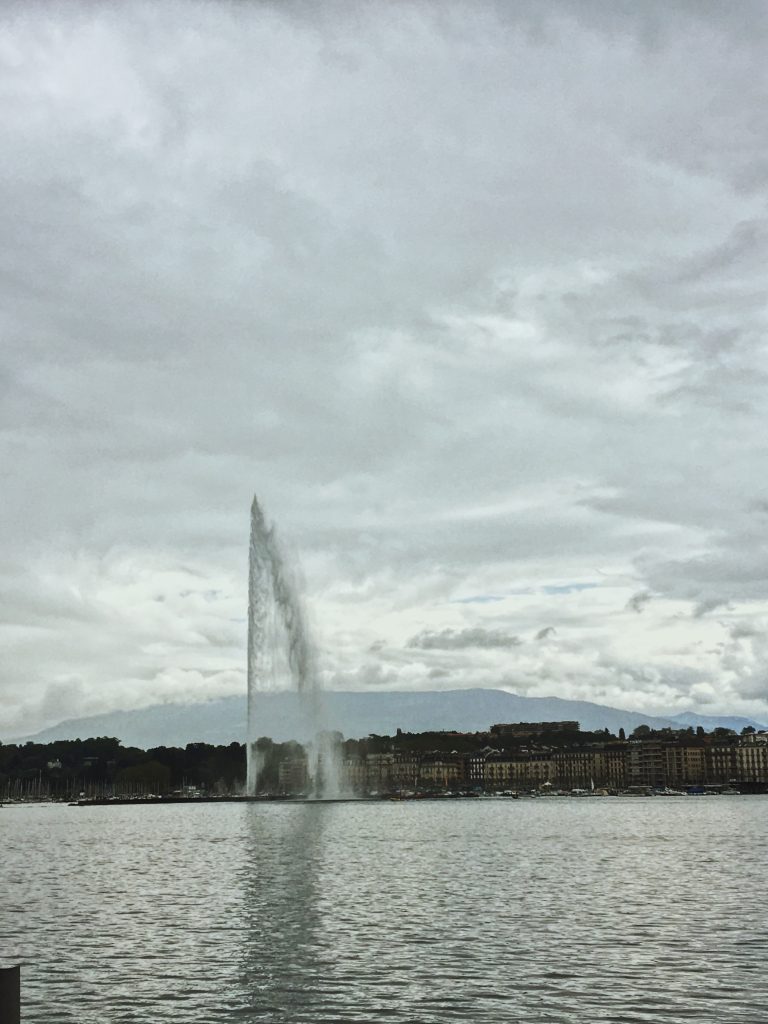 Switzerland is known for their watches and watchmaking history, besides chocolate of course. The Flower Clock is a really nice to see attraction, and one of the most famous clocks in Geneva. From here you can make your way to the Rue du Rhone to see some of the displays of the luxury brands (not much left to do here). 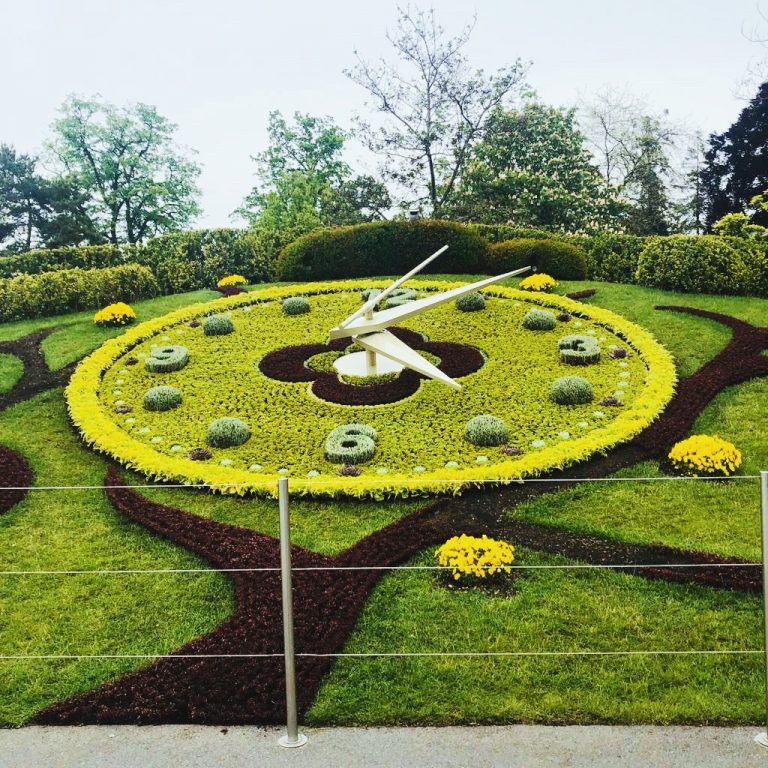 A symbol of Geneva since the city is known as the capital of peace. This is the European Headquarters of the United Nations and you can take a tour inside if you want to. Also, outside, in front of Palais des Nations, you can see the “Broken Chair”, another symbol dedicated to peace and freedom. It is one of the most emblematic works of art of the 21st century and it transmits a message: the ban of landmines. Honestly, it really impressed me and I didn’t know the meaning behind it.

Walking through the Bastion Park was lovely since the park is a very big one and there is the Reformation Wall. 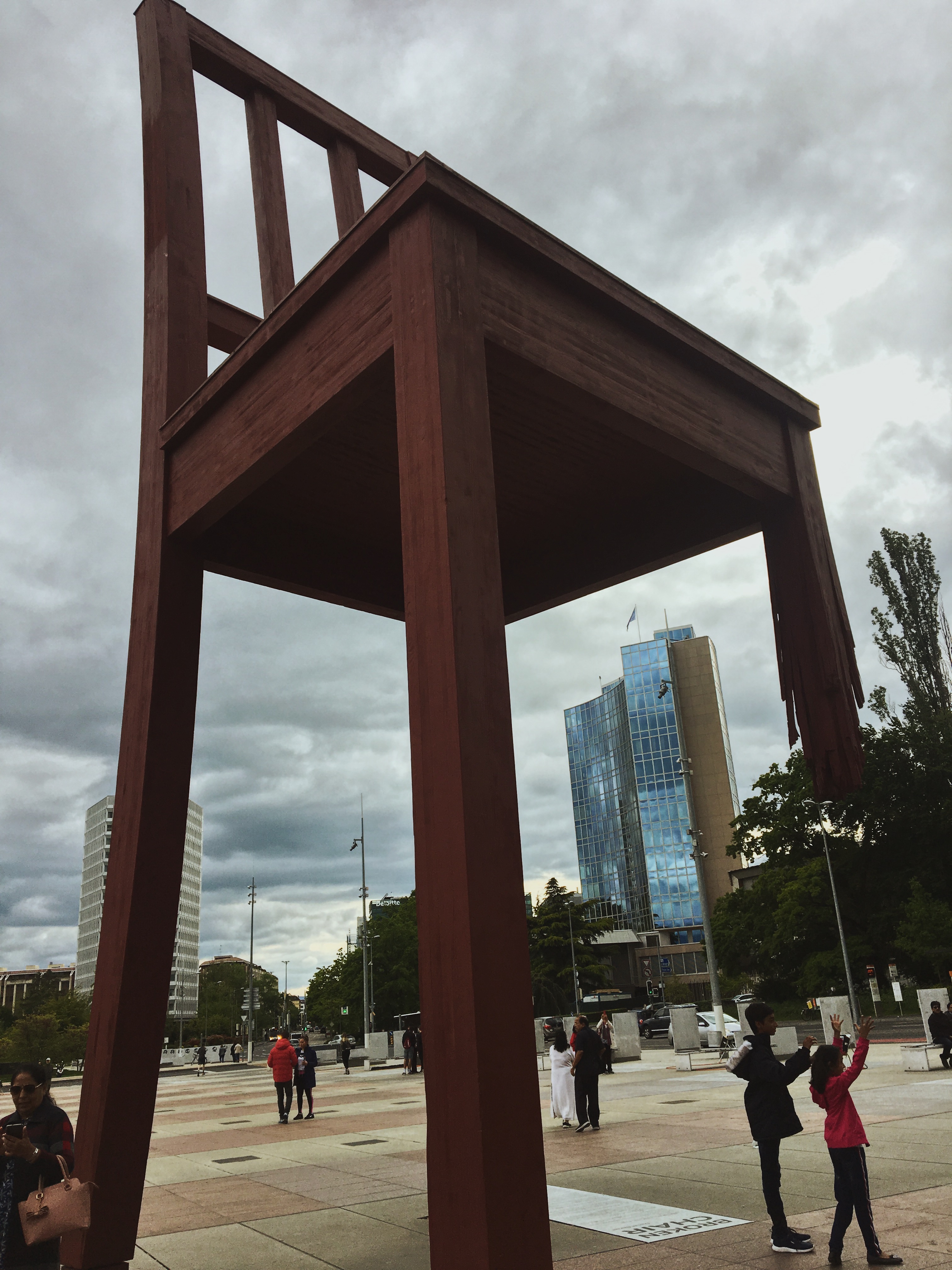 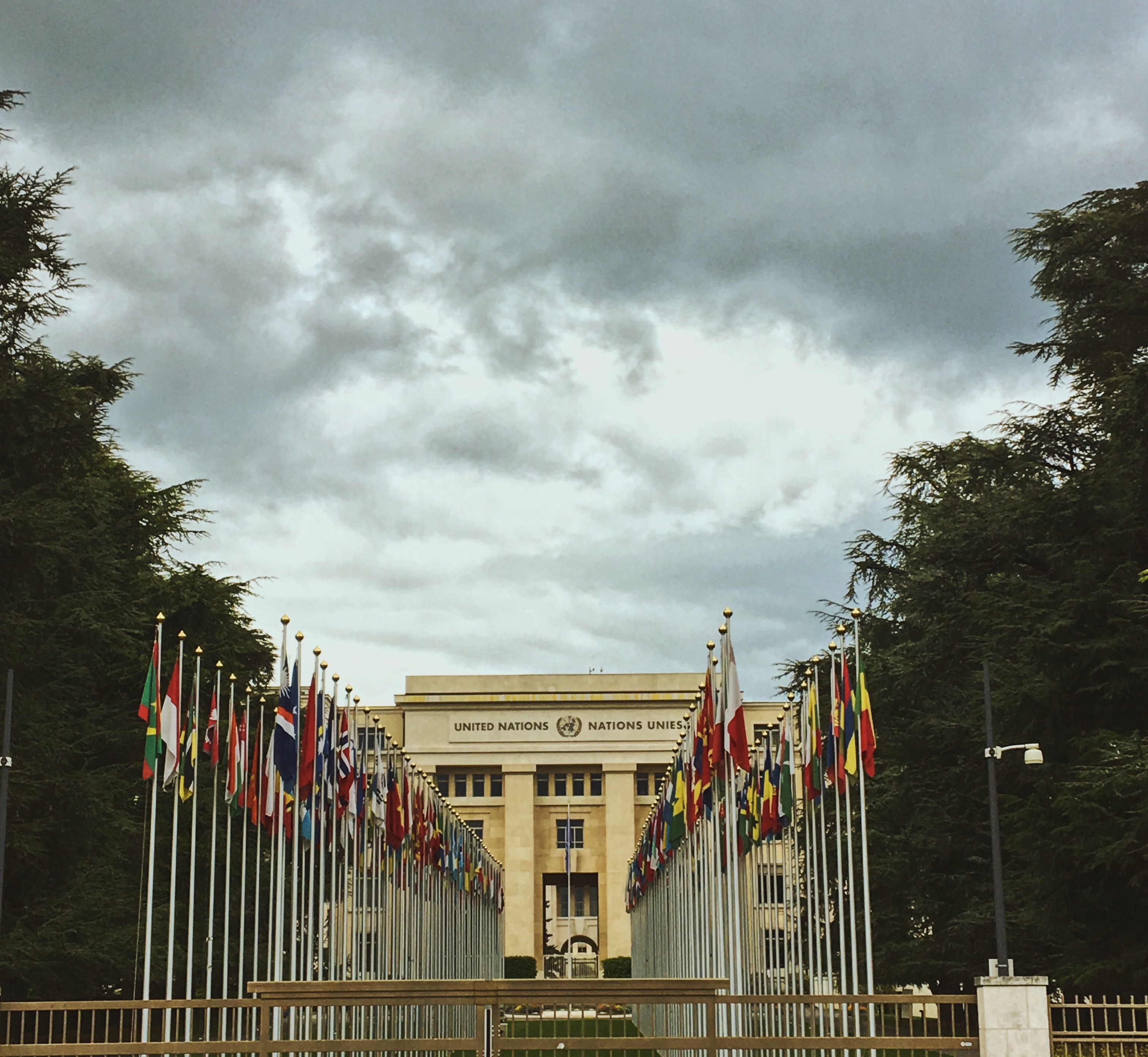 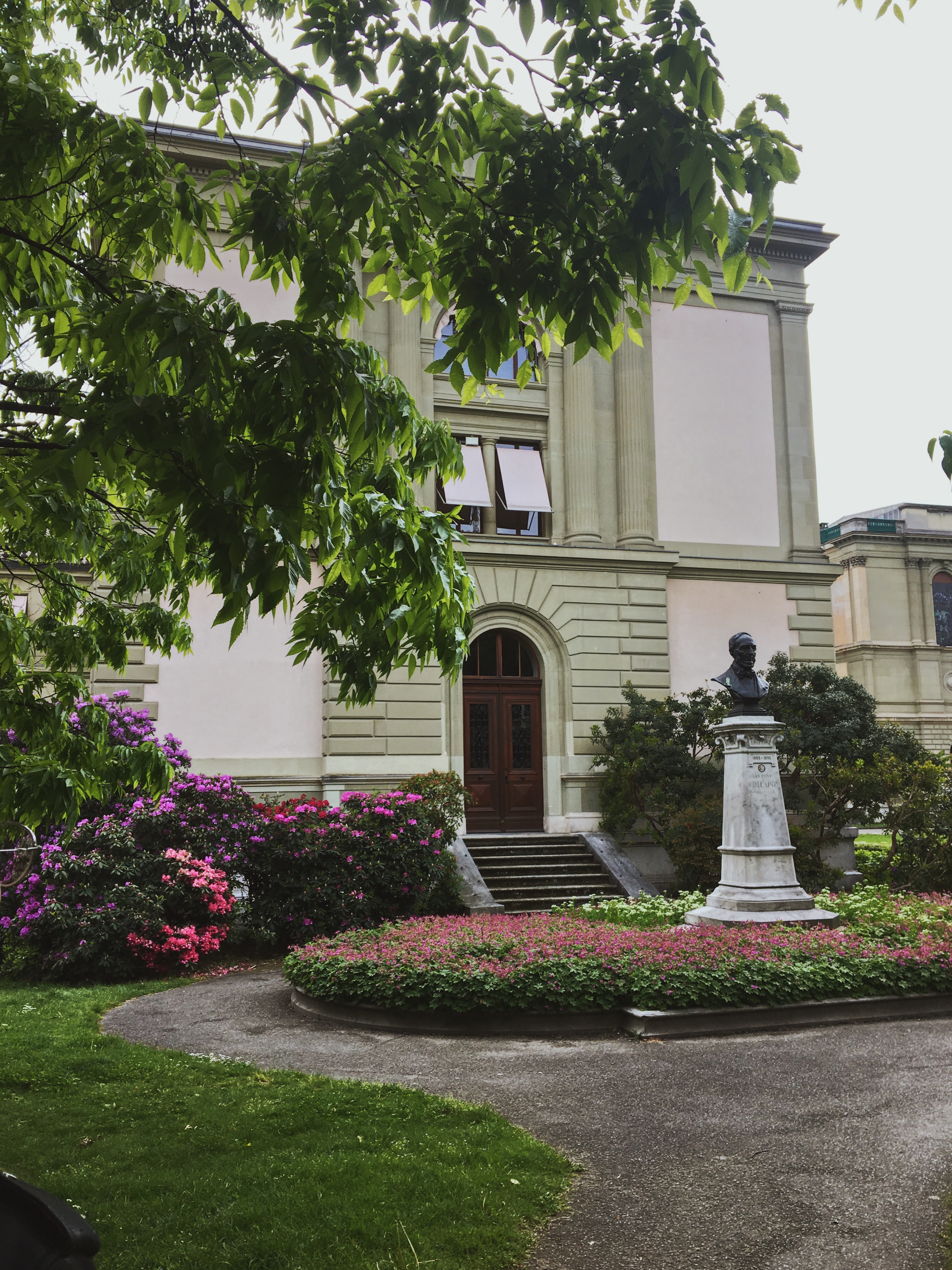 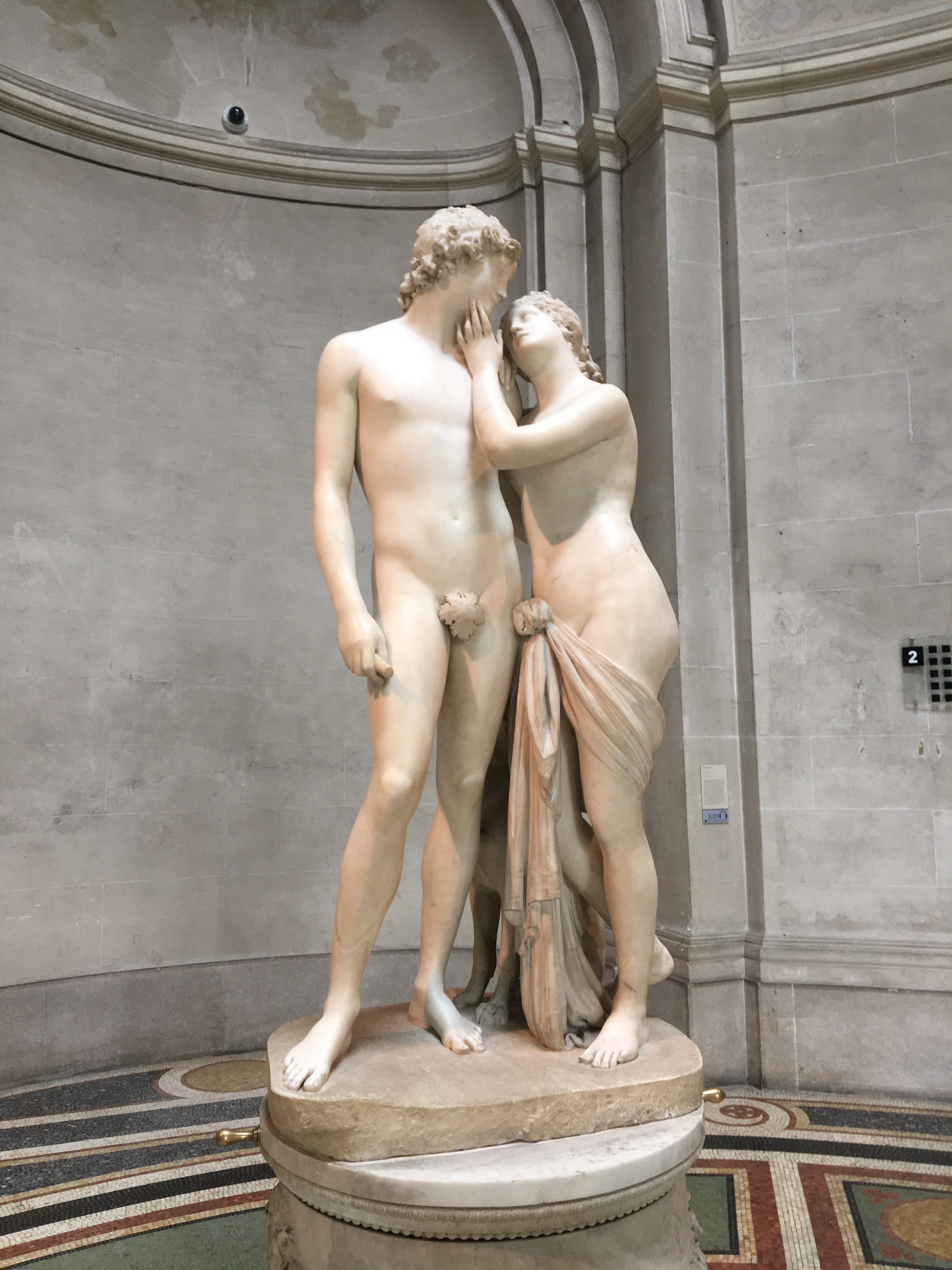 The museum is structured onto 3 floors and you have a lot to see. We were lucky because they had a special collection displayed exactly when we were there, so one of the rooms was exclusive (plus the entrance was free because of the Museums’ night). Such a perfect match!

On the other hand, I absolutely loved the botanical garden and how they also had animals there. I have seen some of the prettiest and colourful flowers and the Japanese garden’ setting got me. 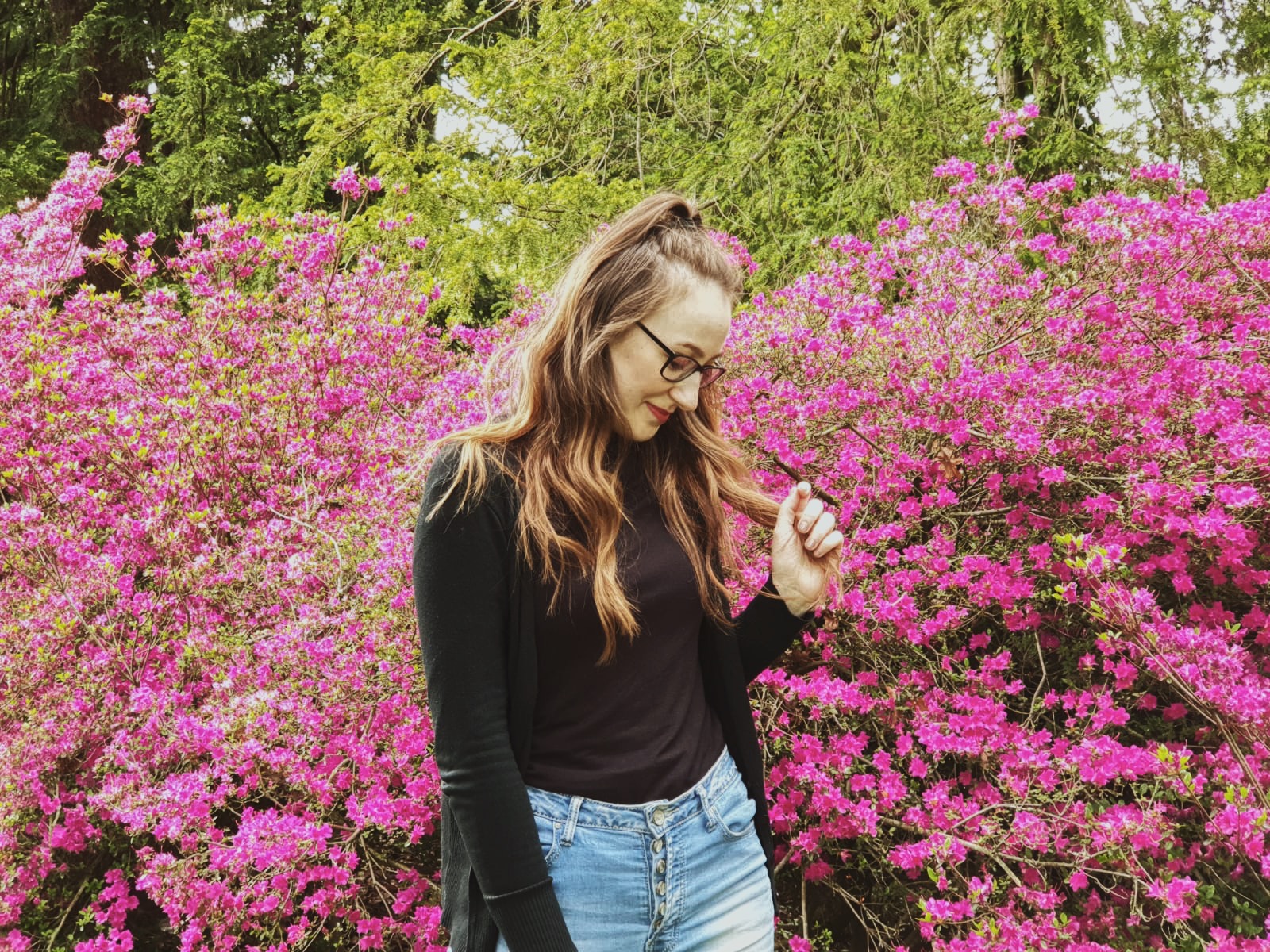 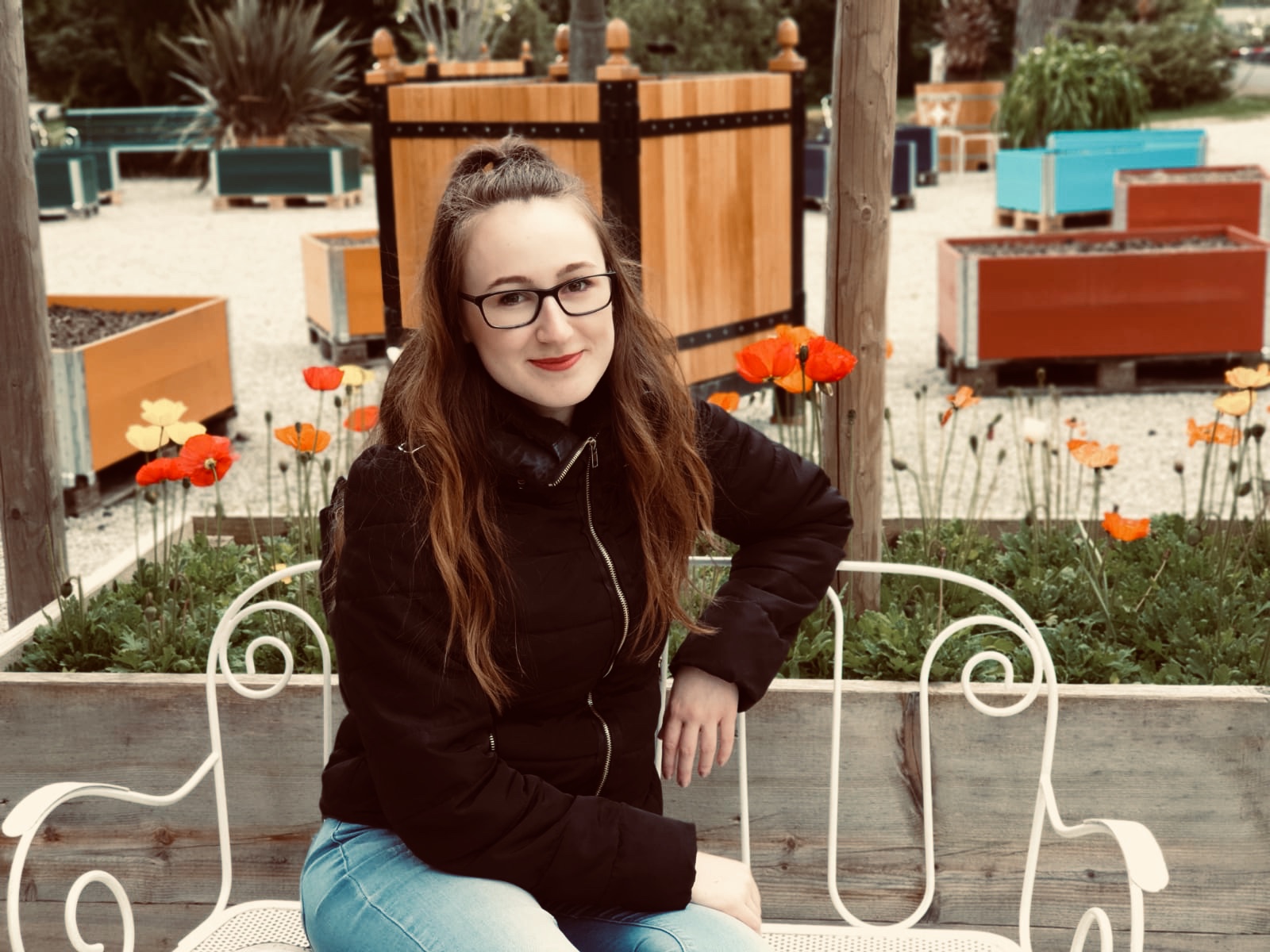 Geneva is one of the most expensive cities in the world and I can absolutely confirm that. I must say that I was very disappointed by the food though, and unfortunately I cannot give you any recommendations if you plan on going there. Even at the restaurants we have stopped by, I was beyond disappointed about what I have chosen to eat (only a 2 menu page at almost every restaurant- really? not so many options that you can choose from). But I absolutely adored the fondue though.❤️ Overall, I loved the experience offered by Switzerland and the chocolate, all this while being able to walk on the streets, admiring the architecture and the buildings/stores. One advice I would want you to keep in mind is to be prepared to pay for the transport, because it can cost a lot depending on what parts of the city you wish to go.

Oh la la… this city stole my heart and my only  regret is that I have dedicated only one day to visit it. As soon as I started to walk on the little streets of Lyon I fell in love with the city and I would go back anytime. The people, the weather, the streets, the architectural style, the vibes… just lovely. While in Lyon the visits were: Notre Dame de Fourvière, with the panoramic view over Lyon, Parc de la Tête d’or, Vieux Lyon, Place Bellecour, Cathédrale Saint-Jean-Baptiste. Parc de la Tête d’or has both a botanical gearden and zoo as part of it and was one of the most beautiful places I have ever been too. Notre Dame de Fourvière was the first cathedral which left me speechless, the details on the illustrations on the walls were just perfect. I just loved it! And if you are a cheese lover you will find here the perfect spots for eating. In other words it was such an incredible experience and I will let the photos do the talking for me and demonstrate Lyon’s beauty. 💝 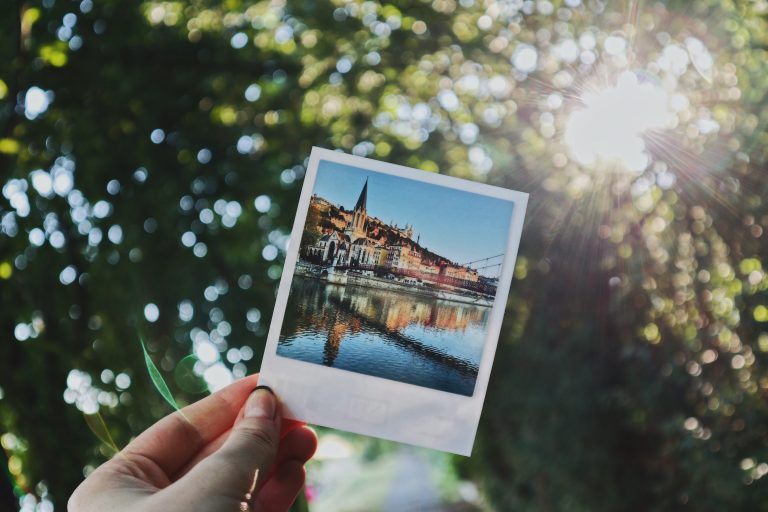 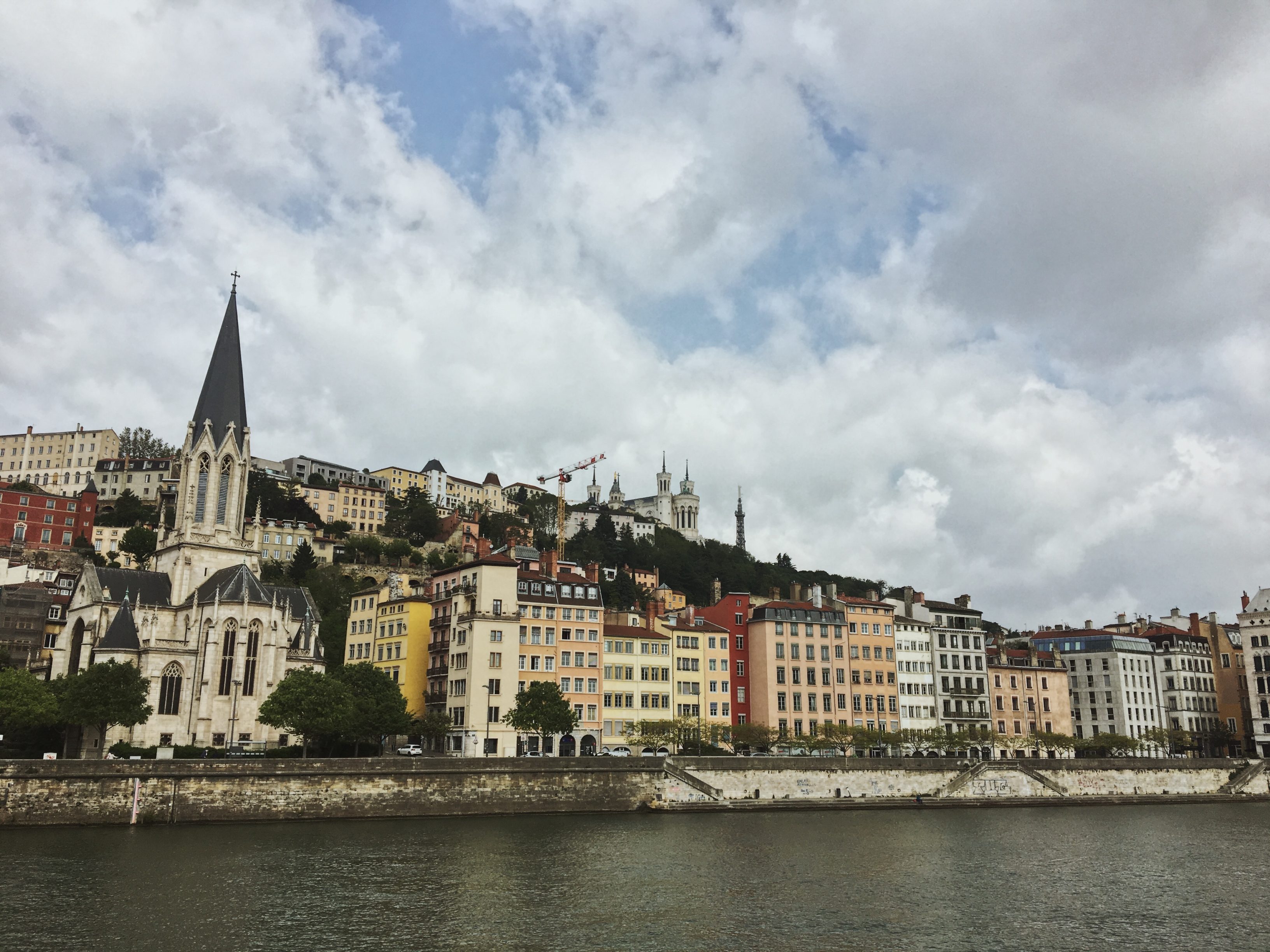 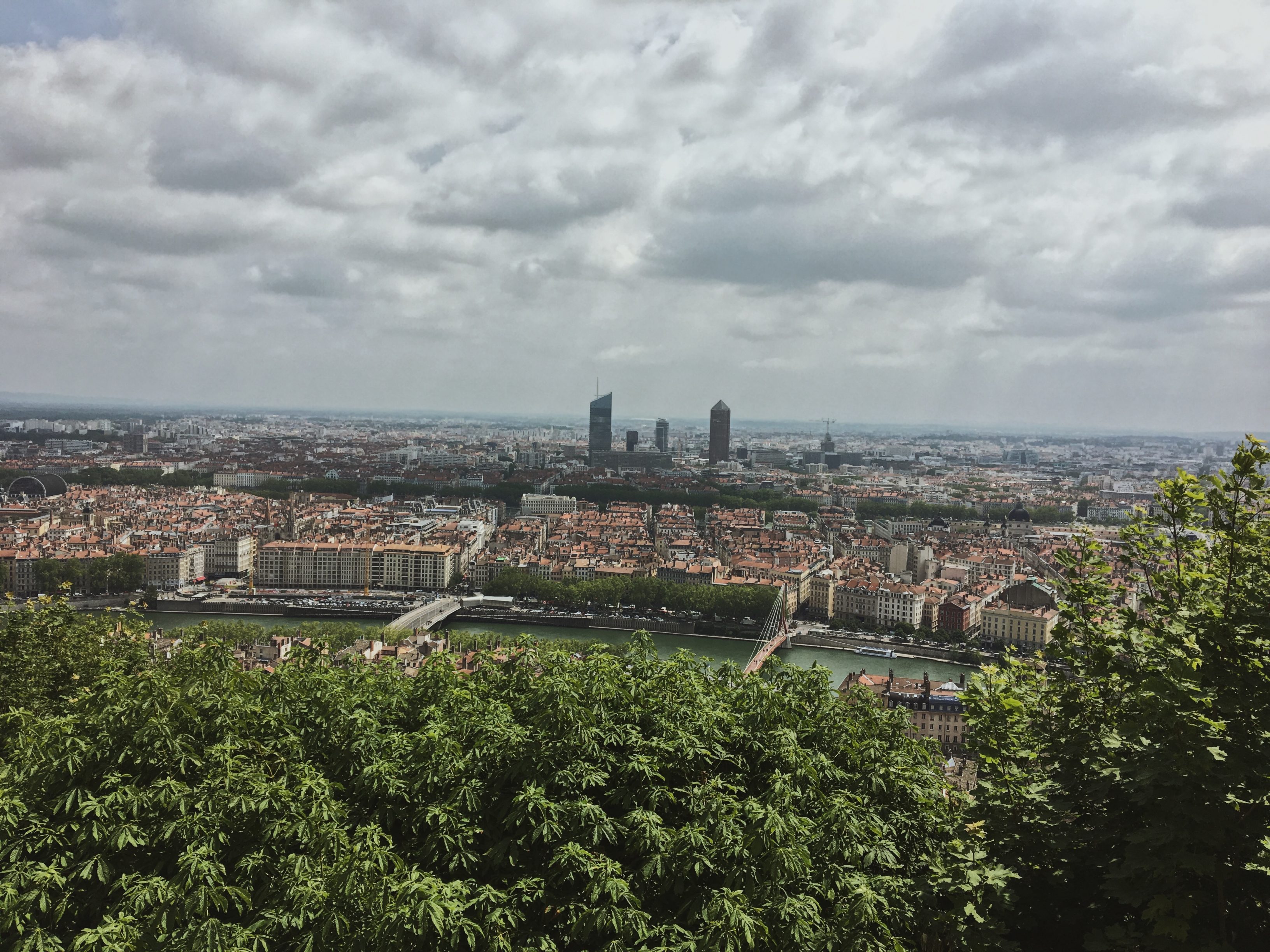 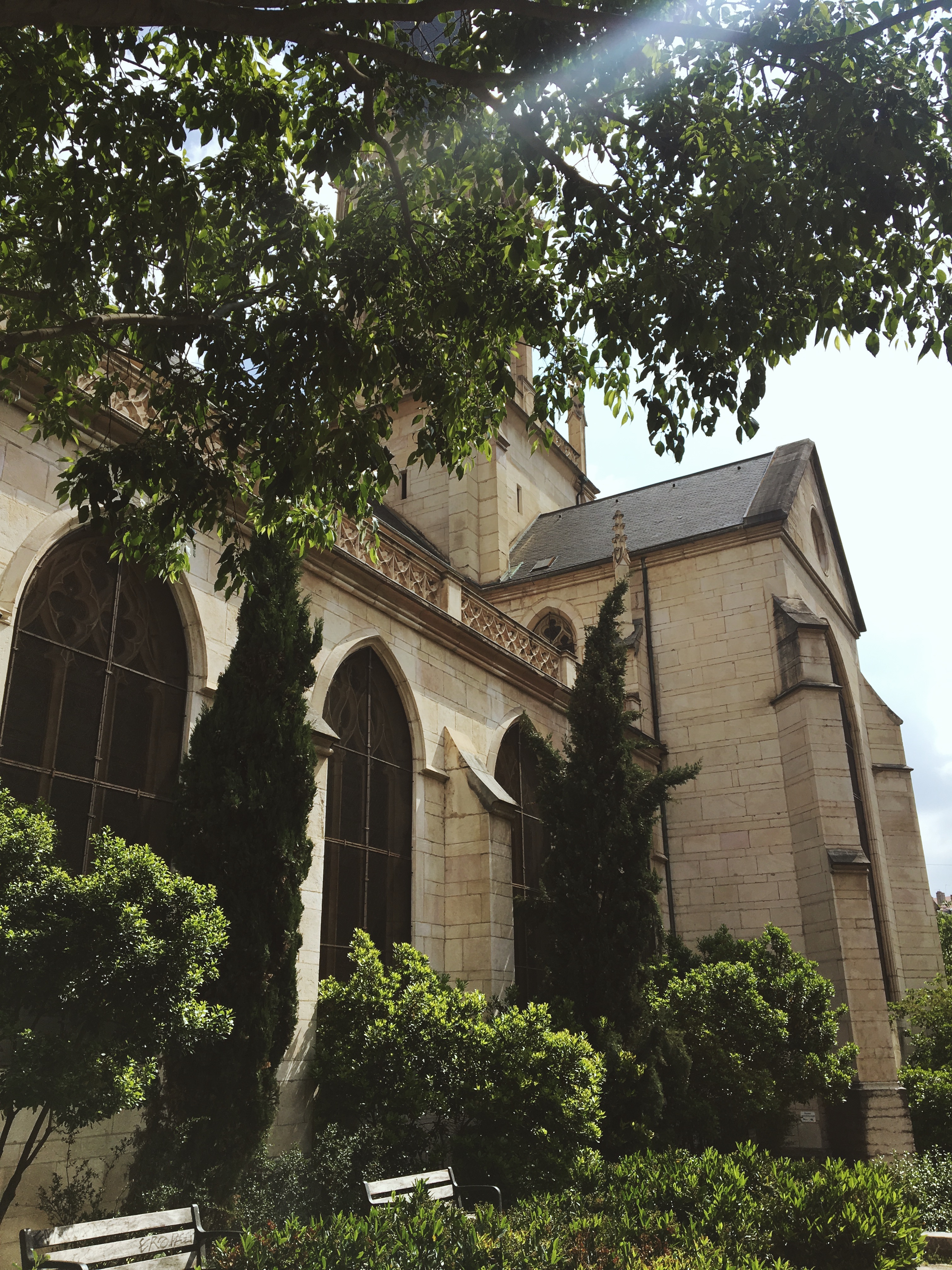 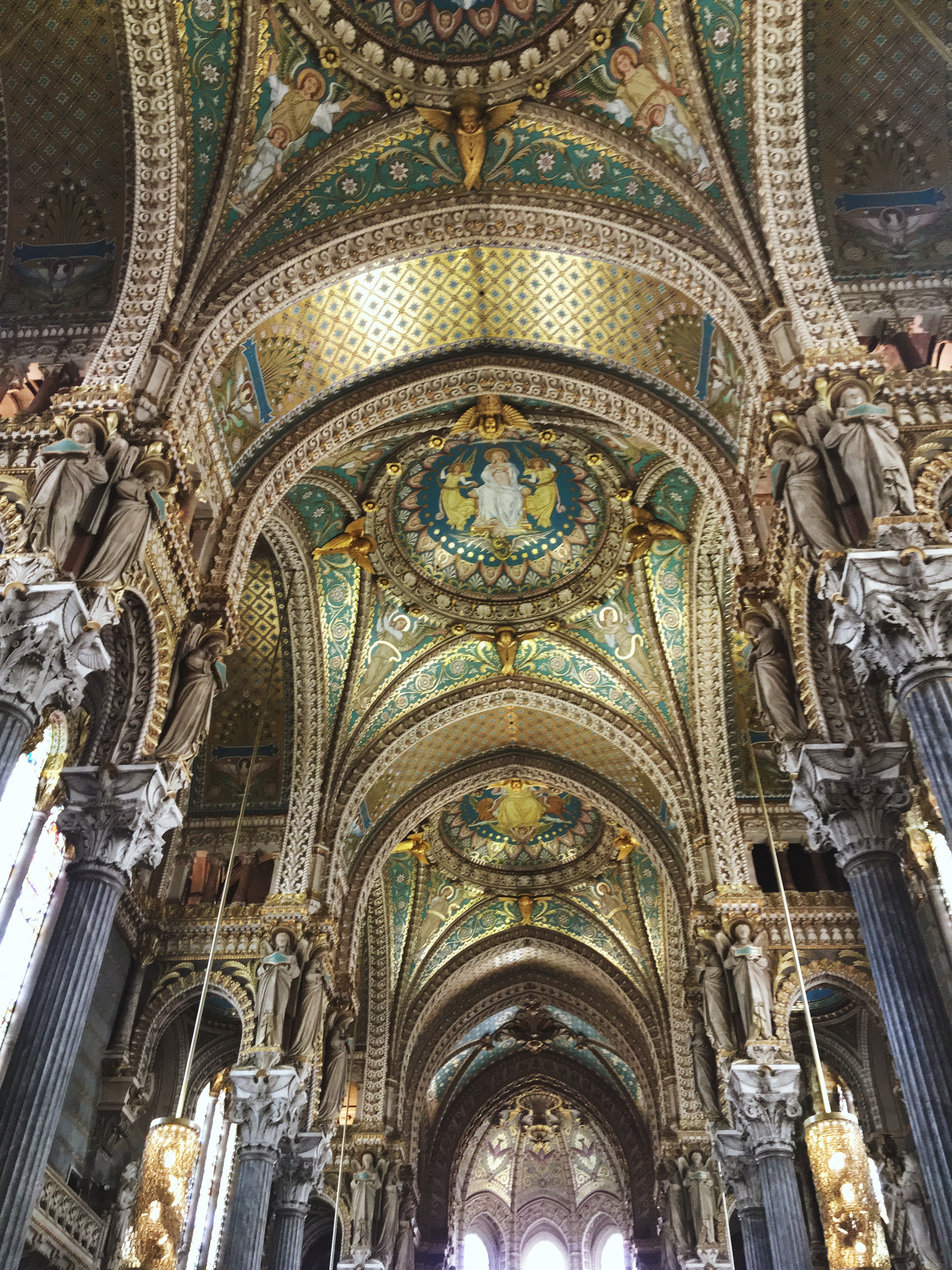 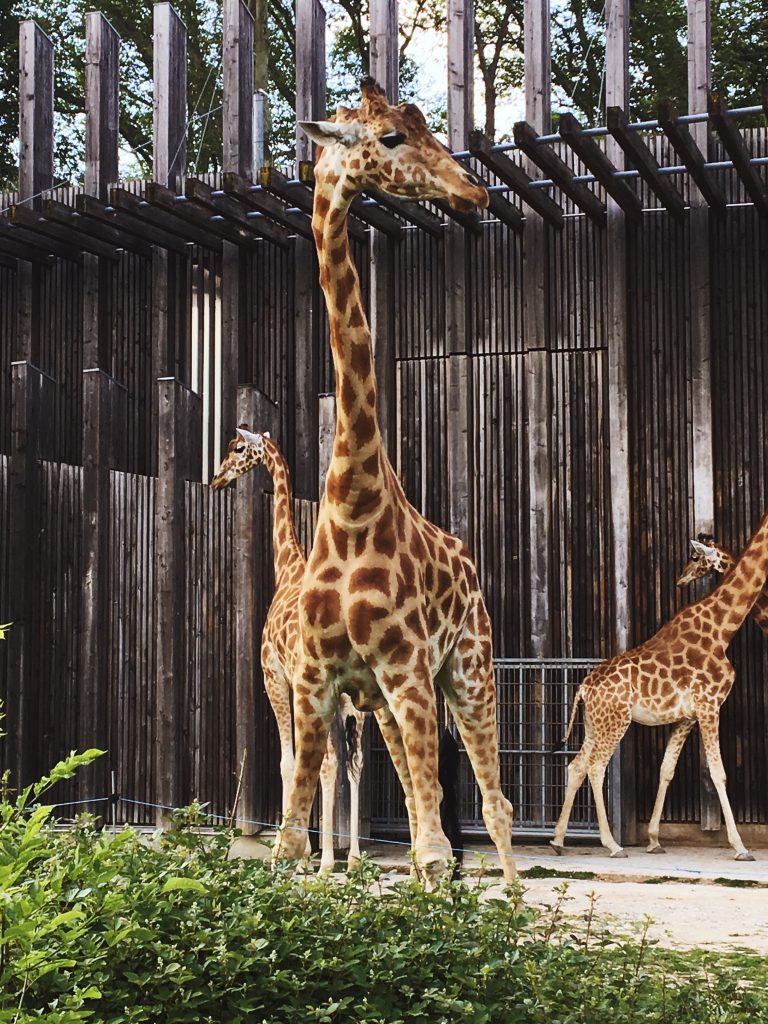 If you have ever been to Switzerland or France, let me know what places impressed you or what else I missed during my visit. At the same time, if you plan going to these countries what do you plan to visit? Last, but not least, thank you for your patience and being a wonderful reader of my blog! 🙂 I shall see you soon and stay close by, because more posts are coming.